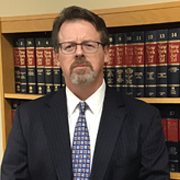 Representative cases in which Mr. Cahill has been the primary counsel include the following:

Mr. Cahill has counseled Boards of Directors of publicly held entities in connection with internal investigations, the removal of executive officers, actions taken by corporate officers, the directors' fiduciary obligations in connection with their actions, the federal securities law implications of certain events, state corporate law duties and obligations as well as basic investor relationship issues. Mr. Cahill graduated with honors from the University of Notre Dame Law School, where he was an editor of the Notre Dame Law Review. Mr. Cahill is licensed in New York and Texas. 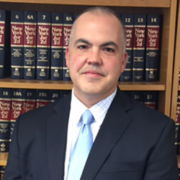 Download V-Card
Lou Gambino is a Partner at Cahill Gambino LLP and his practice focuses on corporate and contract law representations and transactions, as well as business litigation. Mr. Gambino represents clients in a broad range of industries, including technology, alternative energy, financial services, media, marketing, industrial and manufacturing.

Prior to joining CG, Mr. Gambino was an attorney at Weil, Gotshal & Manges LLP in New York City for approximately 8 years, where he represented many large public and private companies. Mr. Gambino has represented acquirors and targets in mergers, joint ventures and asset and stock purchases and sales, and has advised clients with respect to other commercial affairs and business disputes.

Certain representative cases and matters in which Mr. Gambino has been the lead or major counsel include the following:

• Successfully represented Class of option holders whose options were eliminated as part of a forced option repurchase by their employer. Cahill Gambino won the verdict in Delaware Chancery Court, won the appeal in Delaware Supreme Court, and ultimately negotiated even further damages than awarded by the court such that a total recovery on behalf of the Option Holders of $24,000,000 was obtained.
• Defended investment bank in FINRA arbitration hearing against a terminated employee who was asserting breach of contract. Cahill Gambino won the decision of the FINRA Panel and our client suffered $0 in damages.
• Represented financial advisor firm in connection with SEC investigation, resulting in no prosecution or further inquiry by the SEC.
• Represented a policy holder in litigation against a major insurance company. Cahill Gambino negotiated a favorable settlement for the client.
• Represented successful private company in a "business divorce" with a key employee and stockholder, and negotiated favorable terms on behalf of the company.
• Defended media company in a threatened breach of contract dispute which resulted in $0 in damages to our client and no litigation.
• Successfully represented alternative energy company in mediation against major power company concerning breach of contract claims, and negotiated favorable settlement.
• Represented international private company in breach of contract claim in connection with prior asset purchase, recovering over $1,000,000 for our client from the seller.